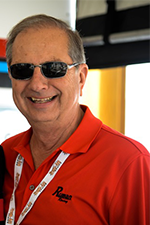 2005-2007 Season Highlights – Ruman focused on crew chief duties for Amy Ruman’s NE Division GT-1 points bids. In 2007, he captured the GT-1 pole and finished 1st at the SCCA Mid-Ohio National. Bob also jumped in a Spec Racer periodically to compete in a few races for fun.

2004 Season Highlights – Finished 13th in the Trans-Am series points standings, running a short season of just only four races. Bob ran a partial Trans-Am season this year as he concentrated on being the team owner/data engineer for his daughter Amy as she ran the #23 in a 12-race SCCA National GT-1 season. Bob hit the Trans-Am circuit competing in Long Beach with a 12th place finish, Cleveland where he grabbed another 12th, at Trois-Rivieres where he took home a 5th, and Road America with a 9th.

2003 Season Highlights – Finished 15th in the points standings, with just only running 5 races this season in the MotoRock Trans-am Tour for the BFGoodrich Tires Cup. Bob had to run a partial Trans-Am season this year due to some unexpected health issues. Shortly after Bob ran the February Trans-Am season opener in St. Petersburg, he was diagnosed with kidney cancer. He was forced to put his Trans-Am season on hold for the first time in 8 years. Ruman is now cancer-free and returned to the series to run Cleveland, Trois-Rivieres, Road America, and finished the season with 5th at Puerto Rico. Westward Tools honored Bob at the Trans-Am end of the year banquet, giving him the 2003 Westward Tools Tough Guy Award for beating cancer.

2000 Season Highlights – Finished 13th overall in the BFGoodrich Trans-Am Championship. After the first three races of the season, Bob was fourth in the Championship points standings with a third place finish in Long Beach and a seventh at Sebring. He had top-ten finishes at Cleveland, Houston, and Road America.

Other Trans-Am Season Highlights – Finished 13th in the Trans-Am Championship points standings in both 1997 and 1998. Had consistent top finishes and several race awards, including the Dynomax Turn on the Power award in 1998 at Mid-Ohio; the 1997 CIPA Mirrors Pass of the Race award at Pikes Peak; and Hard Charger of the Race award at Dallas in 1996. Garnered a tenth place in his pro-debut at St. Petersburg in 1996 and finished 16th in points that season while engaging in a tight battle for rookie of the year honors.

Other Racing Highlights – Started racing at age twenty-one and since then has competed in solo, autocross and drag racing. Was a national Corvette autocross champion and record holder. Was the SCCA Northeast Division GT1 Champion, Driver of the Year, Mahoning Valley Region SCCA, and Rookie of the Year, Mahoning Valley Region. Competed in the 24 Hours of Moroso with daughters Niki and Amy Ruman in 1997 and 1998.

McNichols Co., headquartered in Tampa, FL, is the largest U.S. distributor of “Hole” products with service centers across North America. McNichols’ product selection is the most diverse in the industry. McNichols stocks Perforated products (both metal and plastic). A toll free number (800.237.3820) connects you to the McNichols Co. distributor in your area and the company’s extensive website, www.mcnichols.com, has online customer service and online ordering.

Personal – Born on February 27, 1942, in Massillon, Ohio, Bob resides in Munroe Falls, Ohio. Bob is Vice President of Cenweld Corporation. He has a B.S. in mechanical engineering from the University of Akron. Bob’s family includes wife Barb Ruman and daughters Niki and Amy. 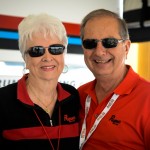 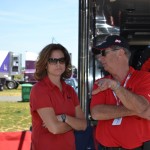 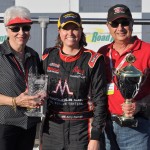 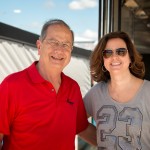 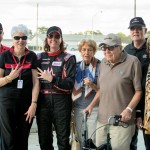