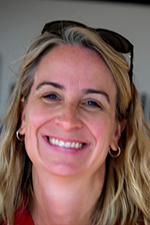 2013 Season Highlights – Niki competed in the two Summit Point Majors races and finished 9th and 11th in the McNichols #23Spec Racer. She then finished 24th and 25th at the two Watkins Glen SCCA Majors races.

2012 Season Highlights –In 2012, Niki fielded the #23 McNichols Spec Racer at two SCCA National races. In May, she finished 8th in a field of 20 at Summit Point, W.V. Then in July, she finished 18th in another fast field of 34 at Watkins Glen.

2010 Season Highlights – Niki kicked off the season with a 3rd place in Spec Racer at Nelson Ledges, Ohio. She then finished 19th and 21st at the Watkins Glen Double National in July.

2009 Season Highlights – Running a limited schedule this year, Niki scored an 8th place finish in Spec Racer at her home track, Summit Point. She then raced in a very crowded Spec Racer National at Watkins Glen where she finished 24th.

2007 Season Highlights – Competing all season in her Spec Racer, Niki posted advances from her qualifying position to the checkered flag in each race. She started the season off with a 16th place finish at Summit Point. She finished 21th at Watkins Glen, and was 10th and 12th at the Pocono double races.

2005 Season Highlights – Niki scored a victory in her debut driving the Cenweld/McNichols Corvette in GT-1 at the Sebring, FL national after qualifying a strong 2nd. She was back in her Spec Racer for Summit Point and Watkins Glen where she finished 12th and 23rd respectively.

2004 Season Highlights – Niki jumped back into the driver’s seat in April to compete in Spec Racer at Summit Point national and finished 13th in the 33 car field. She then finished 10th in the June BeaveRun national in the 24 car Spec Racer field.

2003 Season Highlights – Niki raced Spec Racer at Summit Point national, qualifying 17th out of 41, and was running 12th when a transmission problem ended the race early. She stepped out of the driver’s seat for the rest of the 2003 season while expecting an addition to the Ruman-Skinner racing family. The highlight of the season was when Katherine Opal Ruman Skinner “Katie O” joined the Ruman Racing team on December 4.

2002 Season Highlights – This season was strictly a Spec Racer year. Niki had a season best qualifying and finish at Mosport, with a 4th place qualifying and a 4th place finish after an exciting battle with several competitors. All the fields in Spec Racer were quite large throughout the season and Niki finished 11th at New Hampshire, 12th at Summit Point, 13th at Lime Rock, and 18th at Moroso. The Pro Spec Racer season ender at Virginia International was frought with contact, so despite respectable qualifying positions, Niki finished the double header with a 29th and a 30th.

2000 Season Highlights – Finished 8th in the WGGT Las Vegas season finale and 22nd out of 41 drivers at the Pro Spec Racer season finale in San Diego. She qualified 3rd and finished 6th at the WGGT at Texas and was 9th at New Hampshire International national in SRF. In her first race at Pocono, Niki finished 5th after qualifying 8th at this SCCA national in the pouring rain, driving the #13 black Ruman Racing SRF. She was 17th at the Pro Spec Racer June Mid-Ohio race. Niki qualified 9th and finished 14th after the drive belt failed in the WGGT Series Championship season opener at Sebring in March.

1999 Season Highlights – Niki finished 9th overall in the WGGT Series Championship with 5th place at Las Vegas, 8th at the Petite Le Mans; qualified 4th and finished 8th at Portland, 8th at Sears Point, 16th at Laguna Seca (hit from behind on the start). In Pro Spec Racer, Niki finished 20th at Mosport, 22nd at Mid-Ohio; qualified 22nd but crashed during the Grand Rapids race and was 29th at Sebring. Niki was invited to join the inaugural season of the Women’s Global GT Series – an invitation only, world showcase of top female racing drivers. At Atlanta in WGGT inaugural, Niki qualified 3rd overall (32 drivers), but a competitor’s hit caused a flat tire and prevented her from qualifying in the feature race. Niki competed with sister Amy on the only all female team to compete in the 24 Hours of Moroso regional race; their SRF was involved in a crash in the 20th hour while running 3rd.

1998 Season Highlights – Niki finished 24th in the Spec Racer Ford Pro Series points, while competing in four of the seven series races. She was the first female to place in the top-10 in SRF Pro Series history when she finished 9th at the West Michigan Grand Prix on July 24th. She competed in her first endurance race at the 24 Hours of Moroso and finished 12th overall and 5th in class, on a family based team with sister Amy Ruman and father Bob Ruman along with two other drivers.

Other Racing Highlights – Niki was invited by Lyn St. James to drive in the Women’s Global GT Series’ Inaugural Season in 1999. She entered her first SCCA wheel-to-wheel competition in 1995 driving in IT classes. Niki started racing in 1988 in Corvette autocross/solo competitions.

Off the Track – Born on February 2, 1970 in Akron, Ohio. Nicole Ruman Skinner resides in Washington, D.C. where she is Managing Director at the American Enterprise Institute for Public Policy Research. Nicole has a B.A. degree with a double major in Entrepreneurial-Management and American History from Gettysburg College, Gettysburg, PA (1992). When not racing, Nicole enjoys mentoring, scuba diving, skiing, and spending time with husband David Skinner and daughter Katie (b. 2003) and son Bobby (b. 2006). 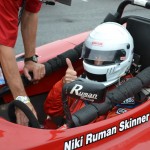 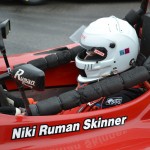 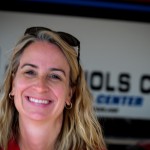 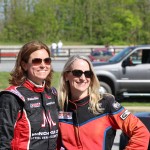 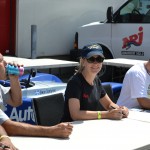 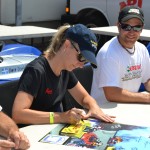 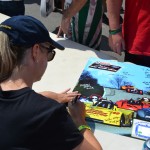 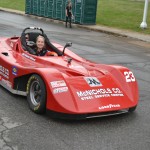 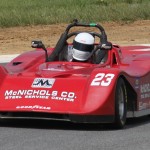 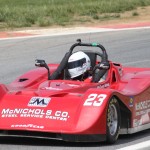 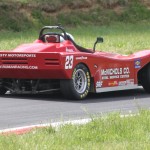 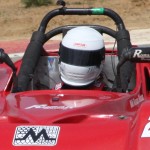 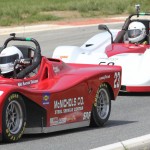 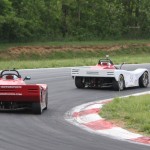 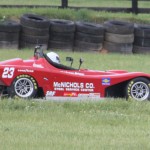